If you don't like stuff dripping and covered in slime, I direct you at this point to the Ryvita website. If you do, read on. I've been on a jaunt around Ebernoe Common with Martin Allison (county fungi recorder) and some of my colleagues. Part recording session, part training session and part management advice trip, today proved a valuable day in the field for all. It's vitally important to continually hone and advance your natural history skills working in the field of ecology and conservation and today provided just that. Ebernoe is known for having well over a 1000 species of fungi so where is there better to go looking for them?

Above is the bay bolete, a common enough species but I love how the cap glistens with rain water and slime. I took this in the Leconfield area of Ebernoe where we have worked hard recently to manage holly for other interest features on the site whilst being sympathetic to the bat's requirements. We were pleased to see that fungi in this area were more prolific today than anywhere else on site. There are limited mycorrhizal (the subterranean parts of fungi) assemblages under holly so a more varied woodland structure is likely to produce more fungi on the woodland floor.

Michael found this bloodred webcap, a new one for me! 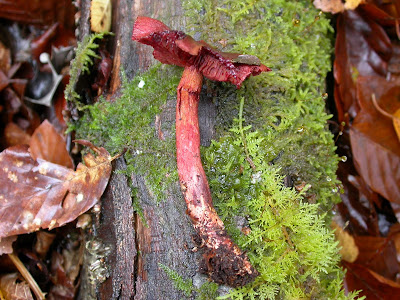 And after about five years since I last saw one, I caught up with loads of the poisonous dappled webcap 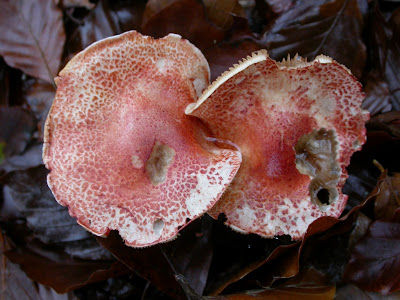 Now I've been saying "I don't do slugs!" for years. I still don't but today I got a little closer. I managed to take a few photos of a slug I saw on a tree that I thought looked a little different. Turns out it's just one of the large Arion species and I'm not going to get it to species from this photo. However, I'm really pleased with this shot and I'm hoping this might finally give me a way in to this disgusting group of animals. It's kinda cute though. Aaaaghhhh, the internal conflict. 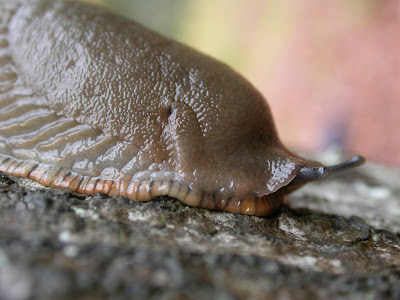 We then had time to have a quick look on the cricket pitch where even more waxcaps were found including these slimy waxcaps, spangle waxcaps and... 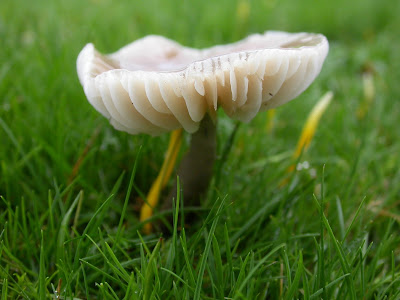 ...what we think are the VERY slimy heath waxcaps. It's so slimy, one can barely maintain a purchase when holding its stype betwixt thumb and forefinger! 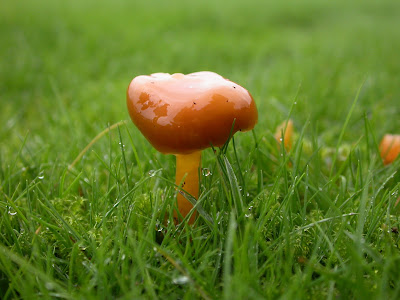 And finally the rather odd looking smoky spindles. 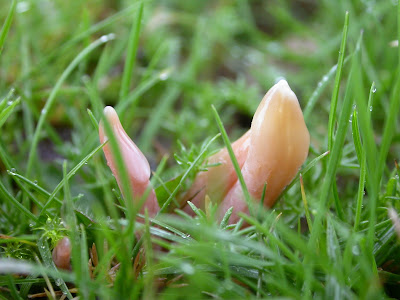 So out of nowhere in the last month, I've really rekindled my interest in fungi. As has my friend, TinyBirder, whom I helped photograph holly parachute at Ebernoe today. Follow his adventures on Facebook here. 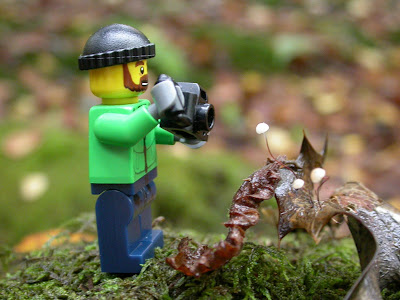 Discover our nature reserves across Sussex