The value of casual recording

I've recently stumbled across quite a lot of good species whilst doing other things. Firstly, I noted field mouse-ear while mapping chalk milkwort (below) at Southerham Farm this week. It turned up on the site in 2016, a record came in via Dave Bangs when I did the review of the species list but I have never found it on the site, so I was pleased to find it there! 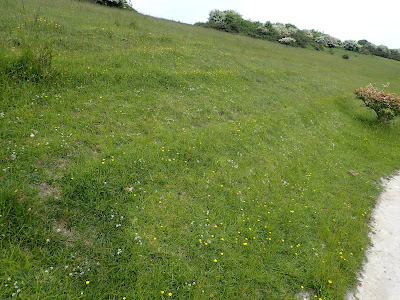 There is masses of chalk milkwort in this really rich area and more Adonis blues than I have ever seen there before, all down to finally being able to fence out this compartment from the arable reversion and gain better control of the grazing. It's looking great!

When I was showing Steve the mouse-ear, he spotted something shiny in the short turf! We managed to get it, a scarab shieldbug! A new record for the site of this now Nationally Scarce species, despite a thorough survey with a suction sampler here a few year ago. 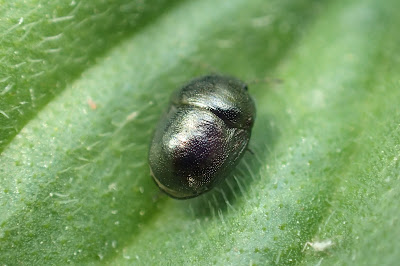 Then yesterday I was at Amberley Wildbrooks helping the RSPB with a CBC there. Right at the end I stumbled on a field with about 100 narrow-leaved water-dropwort or sulphurwort (Near Threatened and Nationally Scarce) plants in! It's been a few years since this was recorded here. Being an early flowerer and growing in the field centres (not the ditches), it's not one we pick up on the ditch survey. 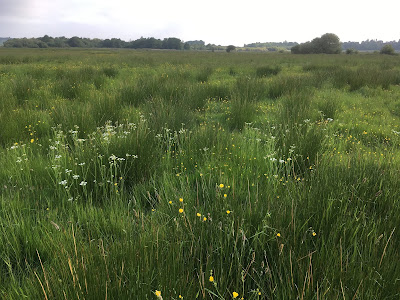 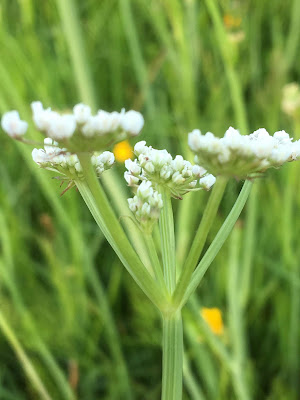 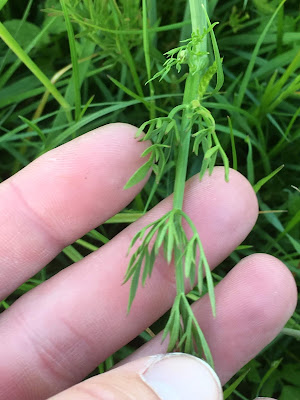 Best of all though was last week. Jane and I were finishing a bird survey when I noticed a plant on an area that we couldn't access some distance away. I thought it was large bittercress. A really uncommon plant and it would be a new record for the site. So I rested my elbow on Jane's shoulder and took this terrible photo through my binoculars. Never had to do this before! 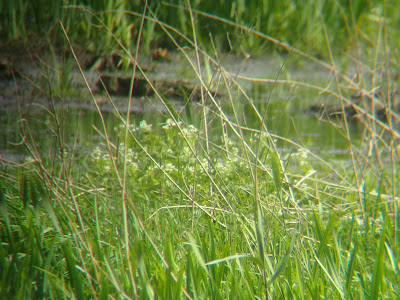 Frances went and had a look and found another plant nearby and confirmed it and while she was there, found the first subterranean clover there in 40 years. These surprises at Waltham Brooks are a direct response to the better graze it has been having the last few years. Jane took this photo of the large bittercress. The moral of the story. Always have a GPS and a notebook with you, whatever you are doing. And recording to eight figures IS really useful despite what some people say. Eight figures can always be turned into six but you can't do that the other way around. Additionally, I'm very fond of mapping plants using the basic unit of a 10 x 10 m square (or to eight figures) on the British National Grid in GIS. 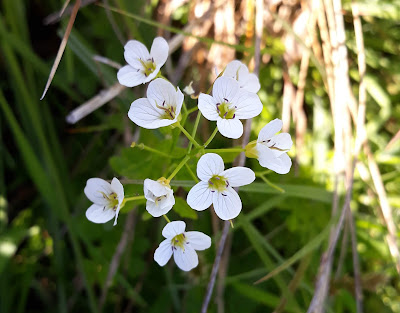