A couple of days ago, Alice and I headed to Marline Valley to assess the meadows and also look for a rare micro moth that feeds on dyer's greenweed. We didn't find the greenweed flat-body Agonopterix atomella. We did however, find a whole bunch of other quite interesting stuff. First up, we saw this aberrant grizzled skipper (I'm thinking taras but as I have seen very few aberrant butterflies I'm not sure).

It wasn't long before we saw another one. Clearly a different animal. These were the only two grizzled skippers we saw all day and it's not a common butterfly at Marline. They have almost certainly come in from a change in sward structure that favours the butterfly. 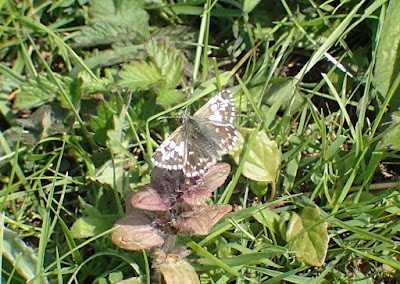 In fact, we recorded at least 20 species new to the reserve. Perhaps the most exciting was a male long-horned bee Eucera longicornis on

bramble flowers. This isn't the exact long-horned bee but you get the idea. A brilliant thing to find on the site and hot on the heels of Alice's record of them at Pevensey Marshes last week! 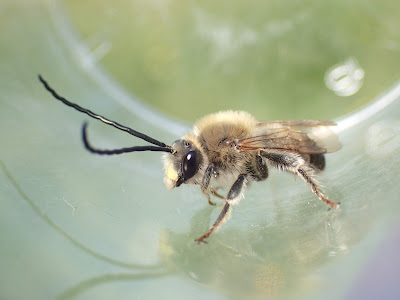 The highlight for me though was this trio of big brown weevils. Tanymecus palliatus looks like a large Sitona and we picked two of these up in the suction sampler. It's a Nb species that's already known from the site and is not common in Sussex. 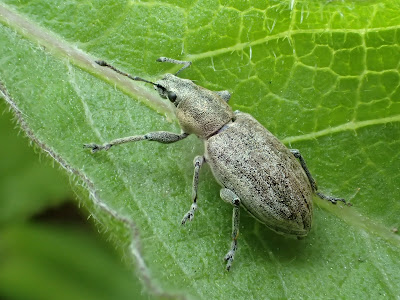 This is Attactagenus plumbeus. Another Nb species with a 'dot-dash' Morse code pattern on its back. It's a new record for our reserve network! 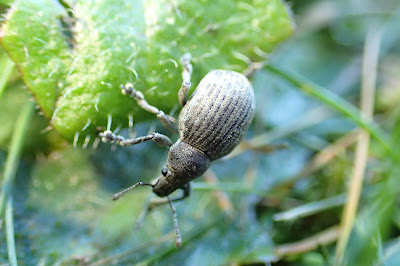 And this one is a bit of an oddity. It's also a new record for the reserve network but is not nationally scarce. It's on the Sussex Rare Species Inventory though. I was only thinking about this as I found one of these years ago soon after I started beetling in 2010 but for one reason or another it didn't get recorded. In the last eight years I have not seen another one. It's Graptus triguttatus. Strange how this happens. 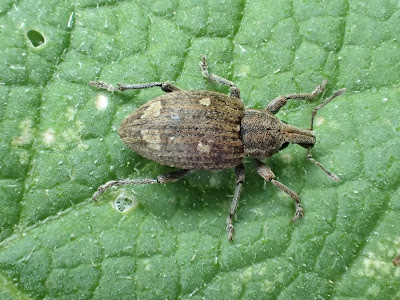 Despite much searching, we didn't find any other dyer's greenweed specialist other than the mirid Heterocordylus genistae. This was present on every patch, even the single isolated patch in Lower Meadow. A great day in all. The meadows were looking great. Well managed as ever and with little bramble and scrub due to the 'little and often' approach of cutting carried out by the volunteers. 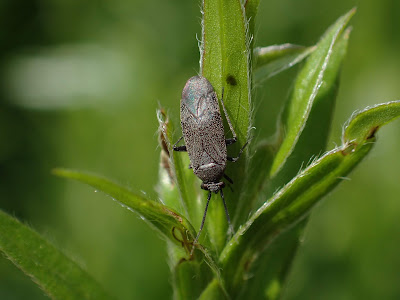