Recently I have carried out an aquatic invertebrate survey of Waltham Brooks nature reserve. I recorded seven species of leech there and have become quite taken with these bizarre animals. There are not that many leech species in the UK and they are not too hard to identify. So here are a few of my favourites and what they feed on. 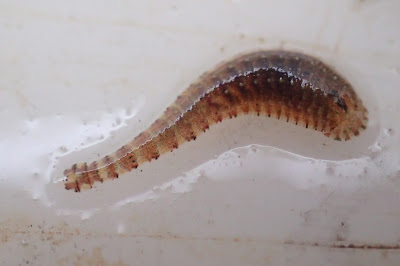 This is Hemiclepsis marginata. It feeds on fish and this is the only one I have ever seen. It has a chequered margin to the body, is quite broad and has a large shovel shaped head and a big banded suction cup at the rear. Quite the looker. 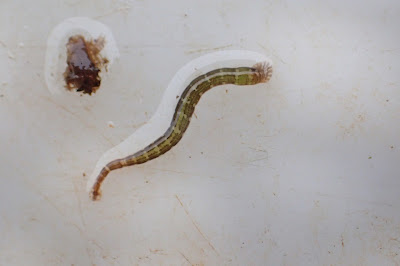 When I used to do the electro-fishing for the RSPB, this is what I used to know as the fish leech Piscicola geometra (not knowing there was another species) regularly seeing it attached to fish. This is VERY thin and worm-like with a similar large head and suction cup.

Another one I had not encountered before. Glossiphonia heteroclita and this one feeds on molluscs. A different array of eyes to the following species. 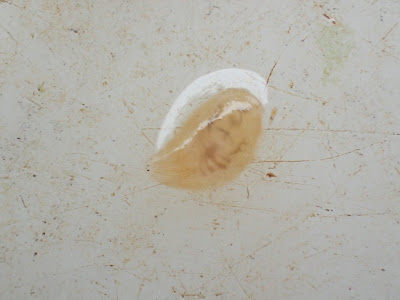 And the darker Glossiphonia complanata which has different eye arrangement of a 2 x 3 matrix. This also feeds on molluscs but Elliot & Mann states they get their first meal from...other leeches! That dark internal structure on these two species is the crop! 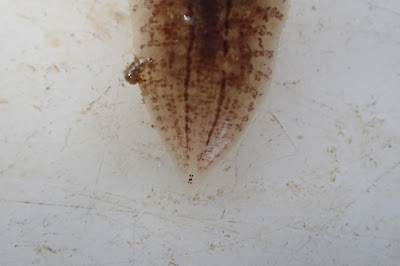 This is the Duck Leech Theromyzon tessulatum. I think someone needs to tell it that's not a duck. Wait, it's not a duck right? Actually it feeds on water birds, usually entering the nostrils. It has been known to even kill ducklings. 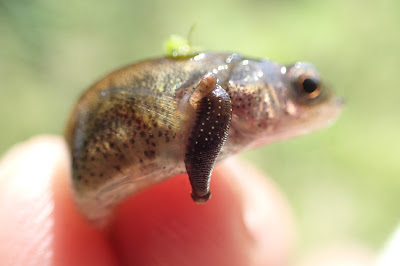 This small leech has two eyes and a dot behind them called a 'callous dorsal scute' in Elliott & Mann. This is Helobdella stagnalis and feeds generally on aquatic invertebrates. 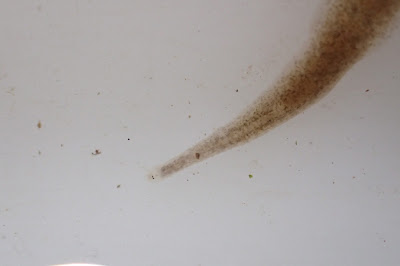 We need your support to keep working for wildlife