I'm two thirds of the way to seeing ten thousand species! Yesterday I went to Graffham Common with my old boss/new volunteer aculeate surveyor, James Power. As has been the way with Graffham Common this year, we were not disappointed. The highlight for me was seeing SEVEN of these stonking longhorn beetles. I've only recorded Stictoleptura rubra once before a couple of years ago in Suffolk under fairly strange circumstances, so I was pleased to see six males and one female (the female is the big red one that looks a bit like a cardinal beetle). She was beaten of fallen pine foliage where all the males were nectaring on bramble or flying about. It's only the third Sussex record where the first was recorded in 2014 at Iping Common. We now have quite a list of interesting longhorns from Graffham Common over the years. 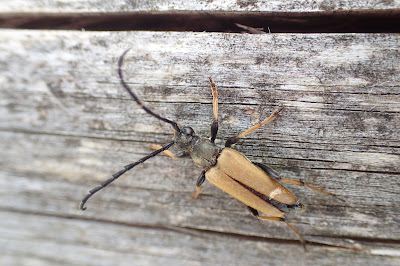 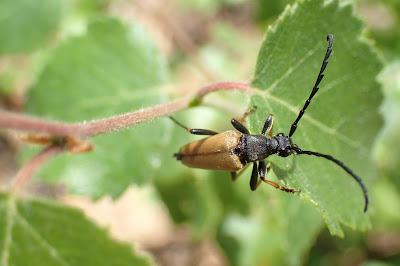 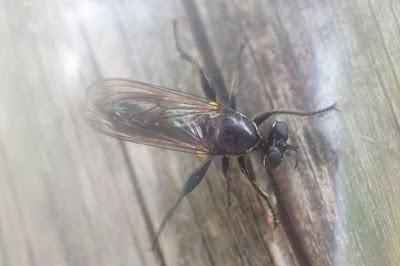 We also recorded the nationally scarce spider Achaearanea riparia, the wasp Astata boops and one of the Epeolus. In fact Graffham's spider list is on 124 species, which make up 15% of everything recorded there. At 851 species we'll soon breach the 1000 mark for this amazing new nature reserve. The whole reserve network is hurtling towards the 10,000 species mark with 94 species added since I put it together earlier this year. There are only 114 species needed to get there, will it be this year or next year, who knows?!

Did you know one Jay can bury an astonishing 5,000 acorns in a single season? https://t.co/xcotDDqB1c #AutumnEquinox pic.twitter.com/YrI2vVmgbf

Simple ways to help #Hedgehogs and other garden wildlife in the autumn - don't be too tidy! 🍃🍂🦔 pic.twitter.com/W1bV0o6MGn

It's a lovely evening at Waltham Brooks. Our Reserve Manager Jane is watching Swallows and House Martins feeding up in preparation for their long migration south. Duck numbers starting to build too. #AutumnEquinox pic.twitter.com/Ix2NxA2IMa