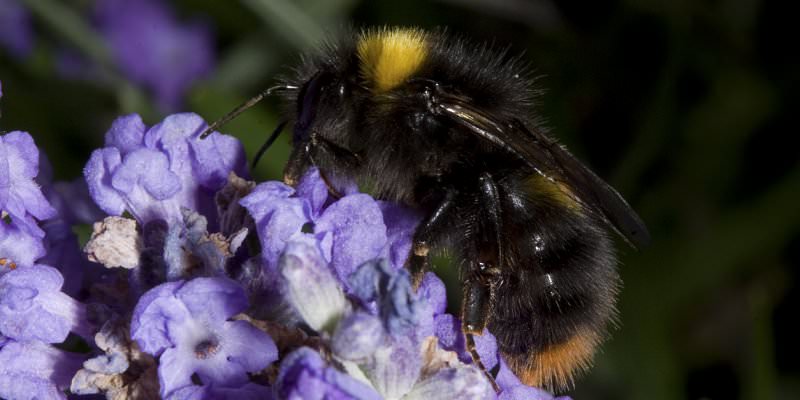 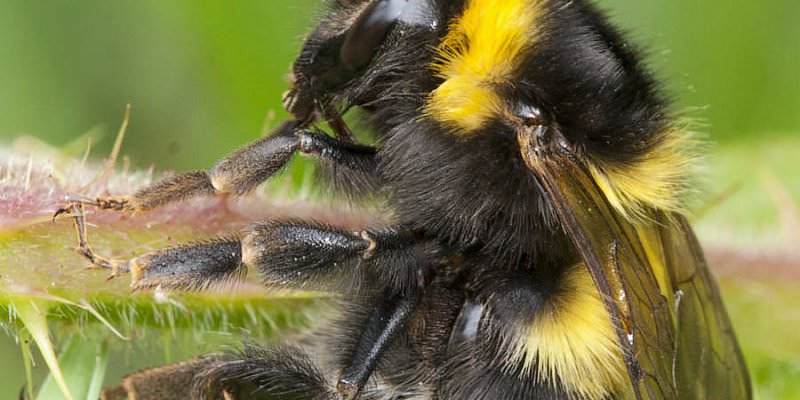 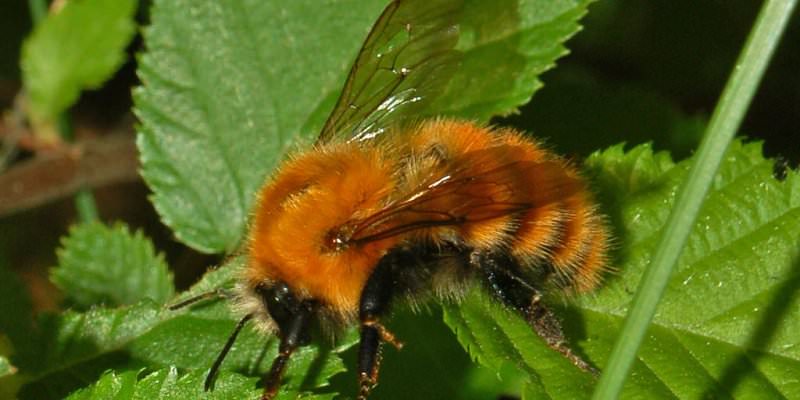 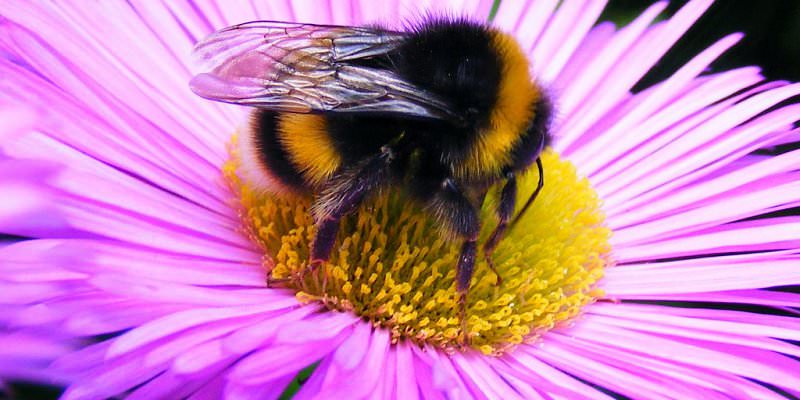 In the last ten years a new species of bumblebee has spread from Europe throughout England. First found in the UK in 2001, the Tree Bumblebee can now be a common sight in gardens. It is easily identified by its black head and abdomen, brown-ginger thorax and white tail. Giving them their common name, tree bumblebees prefer to nest above ground in holes in trees and will often use empty bird boxes.


Back to the in your garden homepage

Why do we need bumblebees?

How many species of bumblebee are there in the UK?

How large are bumblebee colonies and how long do they last?

Do bumblebees die if they sting?

Where do bumblebees nest?

How do I remove a bumblebee nest from my garden?

Why do bumblebees need help?

Do all the different species of bumblebee compete with each other?

How to help bumblebees

What are solitary bees?

Where do solitary bees nest?

Which solitary bees am I most likely to see in my garden?

​Can I make an artificial nest for solitary bees?

How else can I attract solitary bees into my garden?

How to help bees in your garden